The People’s Trivia Company is proud to unveil the details surrounding our seasonal trivia play for registered teams (register here) and our championship games!

That being said, you should absolutely keep scratching and clawing for those top finishes throughout the year! The most successful teams during the season will earn an advantage during their championship game as a reward for the year’s successes. 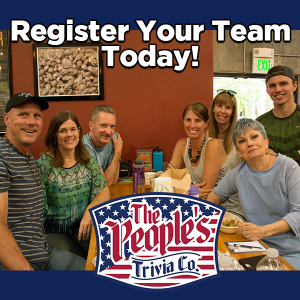